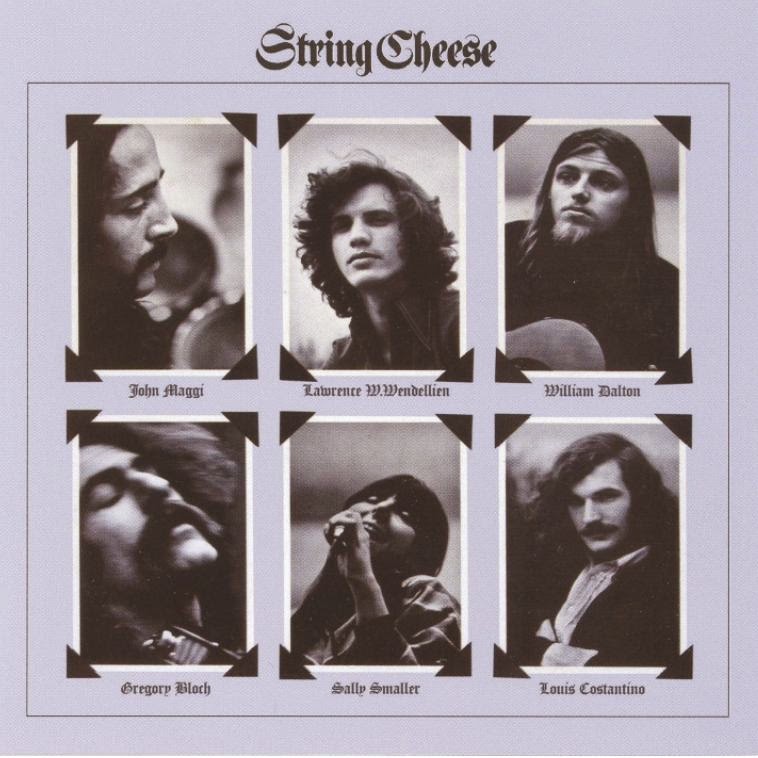 Before he awkwardly replaced David LaFlamme in IT'S A BEAUTIFUL DAY, Greg Bloch had his own shot at early seventies psych-folk fame with STRING CHEESE, a band whose early promise but quick demise was undoubtedly influenced by the fortunes of their label (Wooden Nickel), which started to unravel even before marquee act STYX began to be courted by A&M Records.

Blessed with a lead vocalist (Sally Smaller) much in the vein of IABD's Patti Santos, the band's music bears a striking resemblance to many of the Haight-Ashbury stable of psychedelic and folk bands of the late sixties and early seventies. The group also featured drummer John Maggi, whose prior group IOWA BY THE SEA became a footnote for being the band that launched Michael Wood's career with the seventies folk-rock band AMERICA.


The band's debut was heralded with a feature article in Billboard magazine announcing Jerry Weintraub's collaboration of his Wooden Nickel label with RCA (the band was mistakenly referred to as a "West Coast" act despite both them and the label being anchored in Chicago). Weak sales and scant promotion left the group with little choice but to fade away in 1973. 12-string guitarist Lawrence W. Wendelken would go on to a studio production career including film credits, and Bloch landed a stint with MARK-ALMOND in addition to his one album with IABD; the rest of the group would fade into musical obscurity.

Another lost prog folk band of the early seventies, STRING CHEESE nonetheless left behind one great album proving that quality psych-laced folk rock was not limited to San Francisco circa 1971.

>>Bio by Bob Moore (aka ClemofNazareth)<<

For lossless go to:

Thanks for this one. Very promising band, sounds quite a lot like "It's A Beautiful Day".