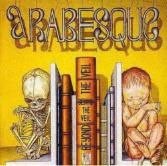 Beyond the Veil captures a remarkable and, though not wholly unique, truly magical feel and sound. The Dutch trio taps into a transcendental sonic space that Dream Theater touched on (and then ruefully abandoned) in Images & Words and takes it to a new level. While the sound is everything I love about the 90s, the content is very forward thinking and ahead of its time.

The guitar tone is STRAIGHT out of Images and Words, and the playing itself is both technically masterful and fulfilling on a musical level. Petrucci is clearly a HUGE influence on Wolters' playing, from the massive chord voicings to the jaw-dropping leads, which run the gamut from blazing fast diatonic runs to huge sweeps to slow and soulful blues grooves. Some neoclassical influence even finds its way into his playing. On track 5, there appears a gigantic tapping lick which sounds right out of a Christian Muenzner solo - except Beyond the Veil was a good 17 years ahead of Muenzner's first solo album. Many of the clean rhythm sections, particularly on the titular finale track are reminiscent of Cynic's Focus. For all the comparisons I draw to other players, I should note that Wolters' playing never sounds like he's emulating someone else. His feeling behind the notes carries through, and it is truly beyond me how such incredible and progressive guitar playing has gone unnoticed.

The bass is punchy, funky, and fills the sonic space as much as the rhythm guitar at times. Tromp is credited for '6 and 4 string basses', though with his two-handed tapping, it sounds like he's playing a Chapman stick at times, particularly on Two Million Lights. My only complaint is that there isn't enough of it - I would have loved a long solo section for the bass. Van Mierlo's drumming is simultaneously relaxed, free-spirited, and punishingly groovy. He navigates the frequent time changes with freedom and ease, always keeping time but toying with it as much as possible without losing the feel.

The whole album is a masterclass in eclectic music and songwriting - the changes flow fluidly rather than the jarring and cumbersome pitfalls of odd times into which so many prog bands fall. The feel of the whole album is cohesive, yet the songs all sound distinct. I don't have much bad to say about this album because it's an absolute revelation to me - THIS is how prog is done right.