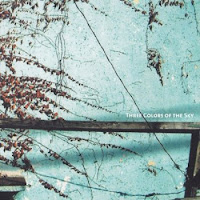 Tsuboy, Akihisa and Natsuki Kido: Era
A stunning collection of acoustic music from the Japanese duo of Akihisa Tsuboy and Natsuki Kido, Era gives listeners an aural glimpse of two master musicians practicing their craft with utmost skill and zeal. But the albums not just good––it's also extremely diverse, between classical, classically-influenced prog and even a dose of European folk (with, of course, dashes of Asian melodies along the way) soothing the listener one more step toward which brings to mind Eastern and Central European music while maintaining a freshness and vitality that is unmistakable.

As for Kido's guitar playing? You need look no further players do best.
This records is a must for lovers of progressive and acoustic music alike and, like California Guitar Trio's Whitewater, undoubtedly one of the best you'll hear this year(2006).