Review by siLLy puPPy
Collaborator PSIKE Team (From Progarchives.com)
5 stars This is definitely Krautrock but unlike most contemporaries that were distancing themselves from the blues and rock influences of the 60s, A.R. & MACHINES fully utilized a blues based guitar sound on this album. What makes this so trippy is that they added guitar loops, effects and feedback like there's no tomorrow. It can sound like a very accessible sound one moment and then suddenly burst into extremely trippy worlds where the only thing that's for sure is that echos and feedback are plentiful, but all with an underlying catchiness.


Achim Reichel (A.R.) started out in Germany quite innocently as a pop-star in the beat group The Rattles in the 60s and actually played alongside The Beatles at a few points. They were successful on the charts in several countries and were the first German group to ever hit the charts in the US. After many years of doing the pop thing, Achim opted for something different. Something very different. Taking with him the pop sensibilities of his past, he added a healthy dose of surreality and trippiness making this debut as A.R. & THE MACHINES one strange bird.

This was an instant classic for me as I love the combo effect of the accessible and the strangeness. The highlight for me is the final cut Wahrheit Und Wahrscheinlichkeit (Truth And Probabilty) which has to be THE most tripped out piece of music ever. It is all echo all the time with Mr Reichel basically yelping out whatever strikes his fancy at the moment with the occasional guitar breaking in for a little break. This fantastic album satisfies my innermost psychedelic needs time and time again. One of the most tripped out albums in existence! 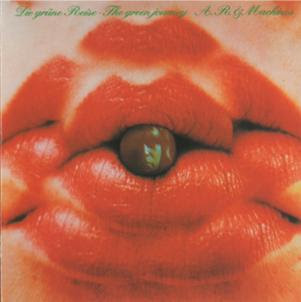 Recorded live on August 4th 1973 at Fabrik in Hamburg:
And his (6th) solo album, Erholung, a live album from 1975, originally issued by Brain (bootlegged by Germanofon, back in ’91). 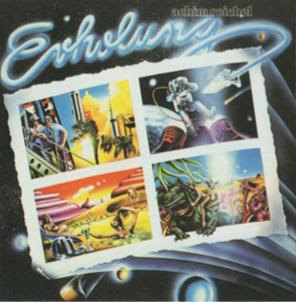